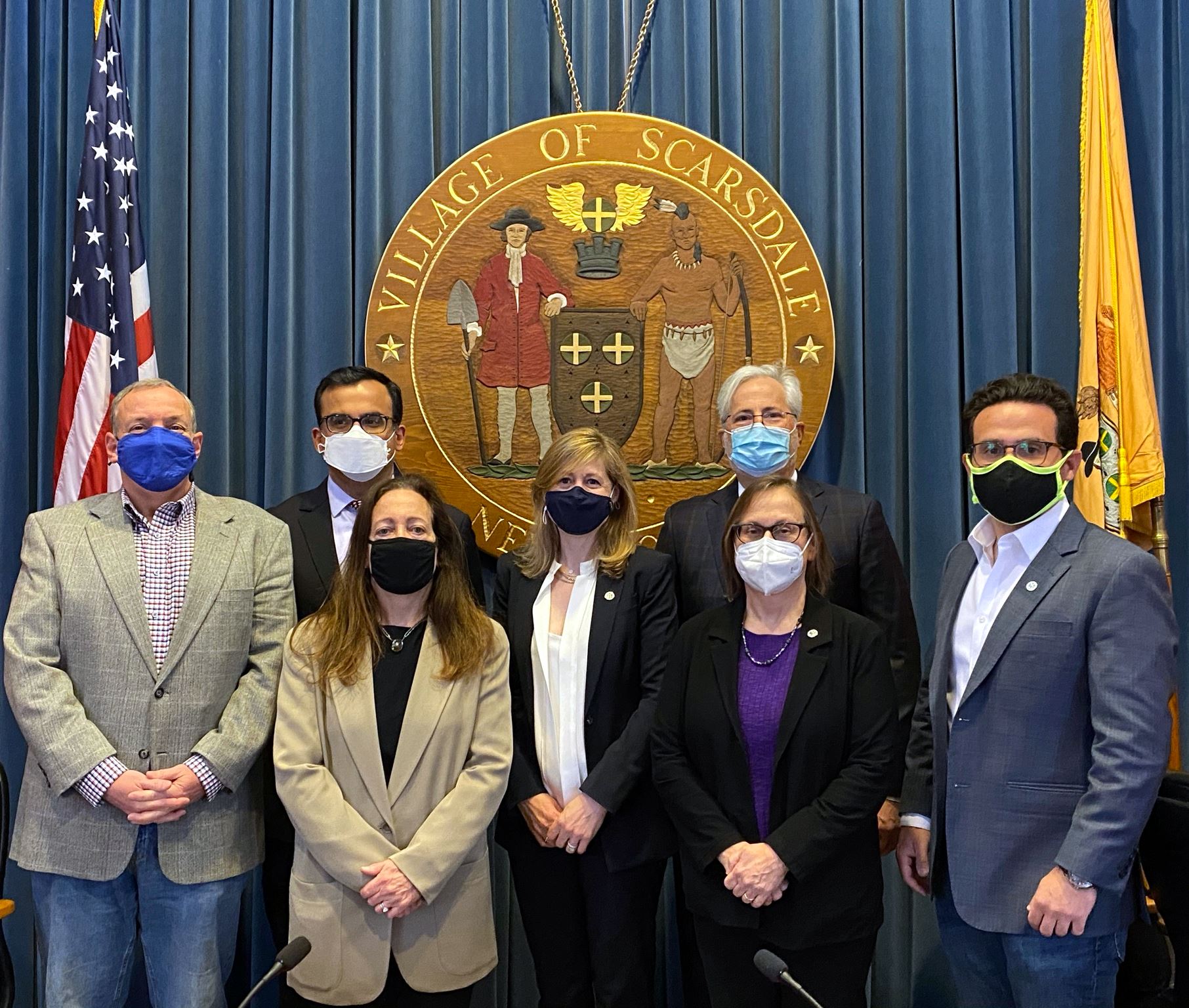 The Mayor and Board of Trustees are the Village of Scarsdale's governing body, elected by residents to serve the community in that capacity on a volunteer basis. Scarsdale’s Board of Trustees has served the community since 1915. Trustees are elected "at-large" and serve two-year terms. The Mayor is also directly elected by Scarsdale residents and serves a two-year term. The Mayor appoints a Village Trustee to serve as Deputy Mayor for a period coinciding with the Mayor's term.

The Mayor presides over meetings of the Village Board. Together, the Mayor and Board of Trustees are the legislative body and the community's policy makers. They perform such duties as reviewing and approving the annual budget as prepared by committees and the village staff; reviewing and adopting local laws and regulations as suggested by the residents, committees, and village staff; authorizing significant projects and associated contracts; and more.

Residents and other members of the community are strongly encouraged to participate in community meetings to help shape the important decisions made by the Village Board. Residents can attend meetings at Scarsdale Village Hall (unless posted to meet elsewhere) or can view a live stream on local cable TV. (Channel 75 for Cablevision and Channel 43 for Verizon FIOS).

View the most recent agendas, minutes, and videos from past meetings, and view the government calendar to learn about upcoming meetings.

Can’t make it to a meeting? Reach out to any of the trustees via email: